Do you know an individual or group from Kawartha Lakes that has worked to address a local environmental issue in 2018?

Have they made an outstanding environmental contribution within the municipality?

Have they acted successfully to influence change for the benefit of the environment with out any expectation of reward?

These are all signs of an environmental hero. “We know many people throughout Kawartha Lakes are working tirelessly to protect our natural environment,” explains Pat Warren, Chair of the Kawartha Lakes Environmental Advisory Committee. “This award is an opportunity to publicly recognize their achievements and thank them for their dedication to our community.”

Nominations for the Environmental Hero of the Year Award close March 15, 2019.

CKLEAC is also looking for submissions for the Environmental Hero Youth Award, a special designation presented to students living in Kawartha Lakes who have shown a commitment to improving the wellness of the environment.

The Youth Award will be presented to three students (groups may apply) that showcase a project they’ve worked on within the current 2018-2019 school year that is related to the environment.  Along with a special plaque, winning recipients of the Youth Award will receive a free pizza party for their class (courtesy of Boston Pizza) and a special native tree species to plant on their school’s property (courtesy of Pineneedle Farms).

Applications for the Environmental Hero Youth Award close May 15, 2019.

To submit a nomination or application for the Environmental Hero Awards, please visit www.kawarthalakes.ca/environment-awards. 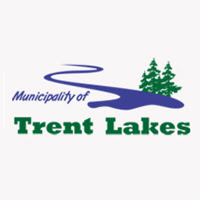 Letters of Interest Being Received

Kawartha Lakes – Attend the Public Open House for the Bobcaygeon Beach Park Redevelopment project on Thursday December 6 from 6pm to 8pm at the Bobcaygeon Service Centre (second floor meeting room). The purpose of this meeting is to share the revised concept design with the public.

The initial conceptual design has been revised based on public feedback and comments received at the June 21, 2018 Public Open House and online survey. The revised design will be presented during the December Public Open House.

The design continues to have a focus on water recreation and community use by incorporating outdoor gathering spaces, multi-use pathways, playground structures, riparian shoreline improvements and boat docking. Landscape Planning Limited is leading the design project.

A revised concept will be available to view under the Major Projects section on the City website by December 7.

During the September 18 Trent Lakes council meeting, under New Business on the agenda, Councillor Raymond advised that at the October 2, 2018 Council meeting he will be placing a motion that Council directs staff to collect and review information pertaining to new legislation, regulations and implementation regarding cannabis and provide the 2018-2022 Council with a detailed report which will also include comments from the County, neighbouring municipalities, OPP, emergency services and the building and planning department.

With the legalization of cannabis only two weeks away, provinces, and inadvertently, municipalities are scrambling to get their legislation and sales venues in order.

The Ontario government has confirmed it will introduce legislation to allow private sector retail sale of recreational cannabis by April 1, 2019.

According to The Association of Municipalities Ontario (AMO) the province will operate a licensing system for private cannabis retailers centrally to standardize rules for applications and administration.

Municipalities are raising concerns over how cannabis sales will be regulated and who will be responsible for the added policing and other costs. Trent Lakes already has concerns about their OPP expenses.

Following the reading of his motion on October 2, Councillor Raymond said that the reason he is suggesting a report be put together is because “the new council, whoever forms the new council, is going to have to make a decision pretty quick.” He commented that the decision will have to be for opting in or out by January 22.  Raymond continued by saying that the new council “will likely not have much time to solicit input from the public.”

The government is introducing legislation which, if enacted, would create a tightly regulated licensing model and regulatory framework for private retail of cannabis in Ontario.

In this new model:

• Municipalities would be able to pass a council resolution by January 22, 2019 to opt-out of retail stores

Proposed legislation, if enacted, would support this direction with the intent of enabling the AGCO to begin to accept applications in December 2018.

AMO also confirmed that Ontario (one of only two provinces so far) has committed to sharing the federal cannabis excise tax with municipalities to make sure local governments across the province can manage the transition to legal recreational cannabis. This is critical in both the transition period and longer-term, to protect and support youth, residents and communities. What was not made clear was whether all municipalities will receive a share of the excise tax, or only those who opt-in.

While the province promised to provide $40 million over two years to help municipalities with the costs of recreational cannabis legalization, there are other issues that may not be factored into the costs. Some municipalities have expressed concerns surrounding homegrown cannabis and the affect it may have on local water treatment systems or waste disposal.

For local government, when it comes to recreational pot, there are still a number of uncertainties and questions that haven’t even been thought of yet.

As for Councillor Raymond’s motion, it was unanimously approved.