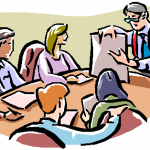 See How They Vote On The
DEWDNEY QUARRY APPLICATION

Please attend the meeting tomorrow to show your concern:

Please attend this Galway Cavendish Harvey Council Meeting to  show your support and concerns with the Quarries issues. The applications from the public meetings held on April 10th 2012 and June 23rd 2012 will be brought forward at this Planning Meeting  for Council’s consideration:

The Galway Cavendish Harvey Council (GCH) Meeting on January 15th 2013 will be held in the Township’s Council Chambers at 701 County rd. 36, Bobcaygeon at 1pm.

This meeting is open to the public, however it is not a public meeting under the Planning Act and the Council will not be accepting public comments.

Your attendance to observe is vital, please respect the purpose of this meeting and  observe only. Any unruly behaviour will not be tolerated.