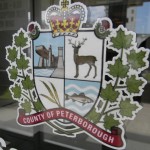 Report of June 5th Meeting of Peterborough County Council… With nothing listed on the agenda Dewdney Quarry OPA #41 amendment app. motion made to accept.

Without any indication that it was going to be discussed, not on the agenda and only a verbal notice picked up by our astute member who was there, the County of Peterborough motioned to approve the OPA #41 Dewdney Mountain Farms Ltd. Quarry application amendment. At the Council meeting 60 days ago a decision was delayed in order to allow time to get legal advice, and also to clarify the status of the Duty to Consult with the Curve Lake First Nations according to their Treaty.

Here is the report:

As you all know, the First Nations were to meet with the Peterborough County planning department on May 16th, that was postponed until May 31st.The County agenda has to be posted by Thursday prior to the Council Meeting. To make sure this was on the agenda, someone, and I would guess Bryan Weir had to have the Clerk, Sally Saunders, put this on the agenda to make sure it could be addressed at Council.

Due to the fact that they didn’t have anywhere to put it on the agenda, she put it under ‘staff reports’, verbal only, with the recommendation to receive it.

I notified the Chief at Curve Lake, who is away this week, but she let me know there was going to be representation in the gallery. Three representatives from NPLRA were there, and representation from Pirates Glen, as well as many Curve Lake residents.

The Council Meeting was long and drawn out, and I do believe that after the Warden served former Chief Keith Knott with a certificate of recognition, they thought we would all leave.

So, staff reports came up, and Mr. Weir read a 5 minute report of his meeting with Curve Lake last Friday. Deputy Warden, Joe Taylor made a motion to pass OPA 41, just as we had thought, and Councilor Whalen seconded it.

Councilor Scott McFadden, spoke quickly to the fact that this was not the proper way to do this. The CAO had to interrupt and agree that the Warden needed to get the resolution removed from the tabled decision before proceeding. The tabling was removed, and Councilor Gerow agreed with Councilor McFadden. As well, he wanted to know if they should have it in a written letter from the Chief, as they had done for all their meetings, and anything left would be part of either an OMB or site plan and licensing with the MNR. Councilor Mitchell agreed to an extent.

The motion was still on the floor to make a decision and Councilor Mary Smith made a motion to table the decision once again until the next Council meeting, with a proper posting in the agenda. This way it would let the public be aware, otherwise they would have not known that this resolution was being dealt with and then passed.

Councillor Windover was very excited to second the motion to pass, but Councillor Whelan beat him to it.

So, it will be brought back this month and I really hope we have a show of people there. We are probably not going to stop this thing, but it is nice to see  Council take a proper route, and not pass something quickly that has so much public interest.

Regardless, Mr. Ritchie, the proponent,  is still living at the camp, he has Maple Leaf Mulch semi’s starting at 6:30 a.m., and neither our CBO or the minister of Aggregate are doing anything about it. (See ” Charlie’s letter” below) Just for everyone’s information, it is approximately July 25th that is the 180 day decision date. At anytime now, Mr. Ritchie could apply to take this to OMB, but he obviously is looking for County’s blessing. Our rezoning OMB, will only start once the OPA 41 is decided on. If Council approves it, it only takes 1 appeal and it will in fact be put together with our rezoning appeal. The OMB is waiting patiently on this decision too.

Sign and send this Open Letter to our Councilors
The NPLRA is not the only one worrying about what is going on. We feel others should read Charlies letter. It is being reprinted and distributed with his permission. NPLRA is not endorsing what he is saying but making this available for your information.