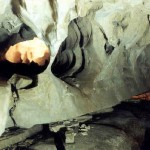 We took your concerns about the Dewdney Farms Quarry application and re-zoning to the Peterborough County Council Meeting for a final kick at getting someone to listen. Here is the summary.

COUNTY COUNCIL DELAYED DECISION FOR 30 DAYS.
….. Rubber-stamped it was not!

Members and associates of the NPLRA should be proud of the presentation Ross and Roger made Wednesday to the Peterborough County Council about issues surrounding the rezoning for the Dewdney Mountain farms from rural to industrial/aggreggate for the quarry. Council members appeared to be engaged and interested in the NPLRA’s message of concern.

Despite the time constraints, Ross and Roger made powerful statements about the NPLRA’s major points of concern:

1: The MNR overlooked the existence of the Dewdney caves, in-spite of its well documented location within 400 metres of the area of blasting.These caves could be the hibernation location of an endangered species of bat, which would require an ANSI study by the MNR to establish. When asked, the MNR stated in a letter it had no interest at this time.

2. In the reports to Council, there was no mention of the more than 500 folk that showed up at the June 23rd 2012 public meeting in Bobcaygeon. It only referred to the 28 speakers at that meeting.

3. With 335 pits and quarries in operation in the whole area and 4 in application stages, neither the MNR nor the local Council has any idea of the amount of tonnage permitted annually on the roads. The four pending applications are for unlimited tonnage! It was emphasized that we desperately need a cumulative haulage impact study.

6.  Aboriginal rights may be affected by this decision, treaties are constantly being negotiated. Have the First Nations at Curve Lake been consulted?

All these issues show the inadequacy of the existing study methods and that the full information is not getting through to the decision makers.

Council members had questions and showed concern for the issues. Although the NPLRA was not questioned directly but through Iain Mudd, of Landmark Association Ltd.,whose full report was presented after the Delegation,( and is featured with the agenda), there was good discussion on several of the issues:

Cavan Monaghan Deputy Mayor Scott McFadden lead the discussion about the Caves, saying he was not comfortable with the fact that the MNR had not visited the site before making the decision that they ( the caves) were not significant. As such he would not approve passing the application.

Several of the Council members agreed with Scott and a discussion ensued, ending with the decision to defer the re-zoning decision for 30 days to give the Council a chance to address the issue with the MNR.

North Kawartha Reeve Jim Whelan wanted council to approve the application saying that the studies had all been done and approved. He said this was a red herring.

Deputy Mayor of Smith-Ennismore – Lakefield Township, Andy Mitchell, commented that he was in agreement that the Quarry operators should be paying more for usage of the roads. There were several sounds of agreement to this statement.

NPLRA’s purpose was to demonstrate that full and proper information was not getting to the decision makers, which could have flawed subsequent decisions. While this does not meet our hopes of better management and control of the Quarries at this time, this action to delay their decision comes as a huge encouragement, and shows that the County listens to and can hear our concerns.

The Aggregate Resources Act must be updated.

Our presence at the Peterborough Council meeting was noted by Warden Murray Jones. We had about 30 people there in a seating area of only 20! More chairs were brought out for us. This was good support from NPLRA members and associates as it was held in the day, in the middle of winter and In Peterborough!

Well done and thanks to everyone who showed up!