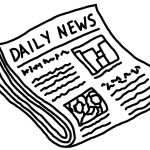 What I learned From Council

I never bothered too much with local politics in recent years having had my fill decades ago when developers and a “soft” township council threatened Boyd Island in Pigeon Lake. In the late spring of 2012 as the Ledge Road Quarry issue raised its ugly head I decided to sit in on some Galway-Cavendish and Harvey Council meetings to witness first hand the leadership and governance of our beautiful township. It was really worth the numerous visits for I learned the following:

I am so excited about learning even more in the next 22 months until we have a new group of councillors with their own lessons to teach.

(Originally published in The Promoter, February 22, 2013)